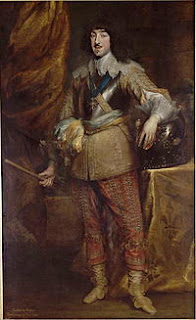 Castelnaudary, Action at (Sept. 1, 1632). Defeat of Monsieur’s rebel army, led by Montmorency, by the French Royal Army, commanded by Schomberg.

In late 1631, a French force commanded by the marshals Schomberg and La Force was operating in Lorraine against the forces of Charles IV, Duke of Lorraine. Its mission was to take Moyenvic. About mid-year 1632, supporters of the rebel Gaston, Duke of Orleans (called Monsieur, the French king’s brother), rose in revolt in Languedoc. The insurgents were led by Henri, Duke of Montmorency, and supported by Lorraine and Spain. Languedoc, their stronghold, was an ancient center of dissidents and close, geographically, to Spain.

At news of the revolt, the Royal Army made preparations to confront the rebels in Languedoc. Marshal Schomberg, with 2,000 horse (approximately 1,500 cavalry and 500 mounted musketeers), left St. Dizier immediately for Languedoc. He was followed by La Force with the rest of the troops, 8,000 infantry and 1,500 cavalry. The strength of the Royal Army, therefore, was 11,500 (3,500 horse). The strength of the rebels was about 10,000 altogether.

On September 1, the rebels were surprised by Schomberg while negotiating a pass in broken country at Castelnaudary, about 20 miles WNW of Carcassone. Schomberg’s “Griffons,” 500 mounted musketeers drawn from four companies of the French Guards, won the day, fighting dismounted from behind hedges and smashing an attempt by Monsieur’s cavalry to break out of a confined bridgehead with musketry. The fighting lasted about a half-hour and resulted in the utter defeat and dispersal of Monsieur’s force. “It was not a general combat,” said Richelieu, “but merely an ambush.” Nonetheless, it was observed that never had such great slaughter been effected in so little time and that, as a result, “10,000 had fled from 500.”

The little skirmish, hardly remarkable (or remarked upon) from a military standpoint, had important political consequences. It marked the abrupt end of Monsieur’s latest inept and shabby protest against ministerial absolutism and resulted, as was usually the case, in his reconciliation with the king and the execution of his chief co-conspirator. Montmorency was beheaded at Toulouse on October 30.

Chronology of the Caroline War

With respect to the character of King Charles VIII, I recall reading somewhere that he was an "inoffensive, pleasure-loving ninny." The description is fixed in my mind, but I can't for the life of me remember from whence it sprung. Be that as it may, his Italian adventure ( the Caroline War) was very destructive of life and property and initiated decades of turmoil on the Italian peninsula. In examining this sub-war of the Great Italian Wars, I found it useful at the outset to compile a chronology of the conflict.

Feb. 22, 1495 - Charles reaches his objective, the disputed Kingdom of Naples.

Oct. 9, 1495 – The Peace of Vercelli ends the Caroline War in the north of Italy, but the fate of the Kingdom of Naples remains to be settled.

July 25, 1496 – The French Neapolitan army, under the Viceroy Montpensier, capitulates at Atella after a brief siege, effectively ending operations in the south of Italy.