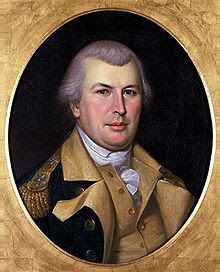 Like many American soldiers who rose to improbable greatness, Greene was a native genius. Readings in military history appear to have provided his entire background in military affairs. Perhaps it was his reading of the campaigns of the great Roman general Quintus Fabius Maximus, who defended Rome against the Carthaginian general Hannibal, that inspired his employment of Fabian tactics against the British in the southern campaigns of the American Revolution.

“Fabian tactics – A type of warfare in which combat is avoided and instead a policy of delay and harassment is directed at the enemy.” - Dupuy, Trevor N., Curt Johnson, and Grace P. Hayes. Dictionary of Military Terms: A Guide to the Language of Warfare and Military Institutions. New York: H.W. Wilson Co, 1986.

Greene described his operational-tactical method in a letter to his friend Jeremiah Wadsworth:

“Our army has been frequently beaten and like a Stock Fish grows the better for it. Lord Cornwallis, who is the modern Hannibal, has rambled through [a] great part of the Southern States, and his Tour has [sacrificed] a great number of Men without reaping any solid Advantages from it, except that of distressing the poor Inhabitants.”

“…[T]here are few Generals that [have] run oftener, or more lustily, than I have done. But I have taken care not to run too far; and commonly have run as fast forward as backward, to convince our Enemy that we were like a Crab that could run either way.”

Sometimes, of course, it was necessary to fight, but as Greene noted in a letter to the chevalier de La Luzerne:

“We fight, get beat, rise and fight again.” 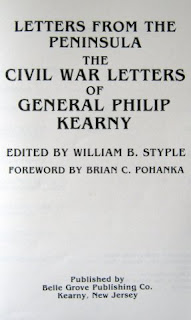 Phil Kearny was an American soldier who entered the U.S. Army from civilian life as a 2d lieutenant of the 1st Dragoons in 1837. A lawyer by profession, he had inherited fabulous wealth but yearned for nothing more than a soldier’s life and had obtained his commission through the influence of his uncle, Gen. Stephen Watts Kearny. In 1839, he was posted as a student to the French cavalry school (Saumur) to study tactics. He subsequently served as an observer with the Chasseurs d’Afrique during the French conquest of Algeria (1840) and in the U.S.-Mexican War (in which he lost his left arm in a cavalry charge at Churubusco). Resigning his commission, he traveled to France and served as a staff officer in the French army during the War of France and Piedmont-Sardinia with Austria (1859), participating heroically in the battles of Magenta and Solferino, for which he was awarded the Legion of Honor.

With the outbreak of Civil War, Kearny returned to the United States and his native state, New Jersey. His initial command was the 1st New Jersey Brigade, which he trained to a high level but never led in battle. During the Peninsula campaign, he commanded the 3d Division, III Army Corps (Heintzelman) and participated in the battles of Williamsburg (May 4-5, 1862), Seven Pines (May 31-June 1), and several of the Seven Days’ battles (June 25-July 1). He had the utmost contempt for army commander General McClellan and several of his compeers and was outspoken in his views. Nonetheless, he was promoted brigadier general, U.S.V. (May 17, 1862) and major general, U.S.V. (July 4). He led his division at Second Manassas (August 29-30) and at Chantilly (Sept. 1), where he was KIA when he rode into the Confederate ranks during a tremendous thunderstorm and refused a summons to surrender. He was mourned by many high-ranking officers of both armies, including Gen. Robert E. Lee.

Kearny’s life and character are much-illumined by the book shown at the head of this sketch. The late (and much-missed) Brian C. Pohanka wrote the foreword, which in measured and sympathetic terms perfectly captures the essence and allure of Kearny’s dashing, volatile personality. Editor and compiler Styple’s Introduction provides a concise biography of Kearny, whose life was flamboyant and at times even Flashman-esque. The bulk of the book contains Kearny’s wartime letters to his wife, Agnes, and his friend and political ally, Cortlandt Parker. In terms of back matter, there is a brief but wholly adequate bibliography. Unfortunately, there is no index, which would have added much to the book’s value as a resource.

Below is a list of other books that might be consulted for information about Kearny and the 1st New Jersey Brigade, “Kearny’s Own.”